The Washington State University (WSU) campus in Pullman, Washington, has had two organic farms since 2003. The first farm was established in the fall of 2003 under the direction of Dr. John Reganold, WSU Regents Professor of Soil Science and Agroecology, and Kathi Colen-Peck, a WSU graduate student. Dr. Reganold had begun the process of establishing a new major in Organic and Sustainable Agriculture to be housed in the Department of Crop and Soil Sciences. The farm would be in place to provide students with hands-on practical experience along with some of the academic requirements of the new major.

Initial funding for developing the farm came as grants from Small Planet Foods and the Kellogg Foundation, which were used to acquire the first farm structures, basic hand tools, irrigation supplies, seeds, and payroll support. The first farm field course was offered to students at the farm in 2004. In the fall of 2004, Brad Jaeckel, who had experience operating his own organic farm in the area, became WSU’s organic farm manager. 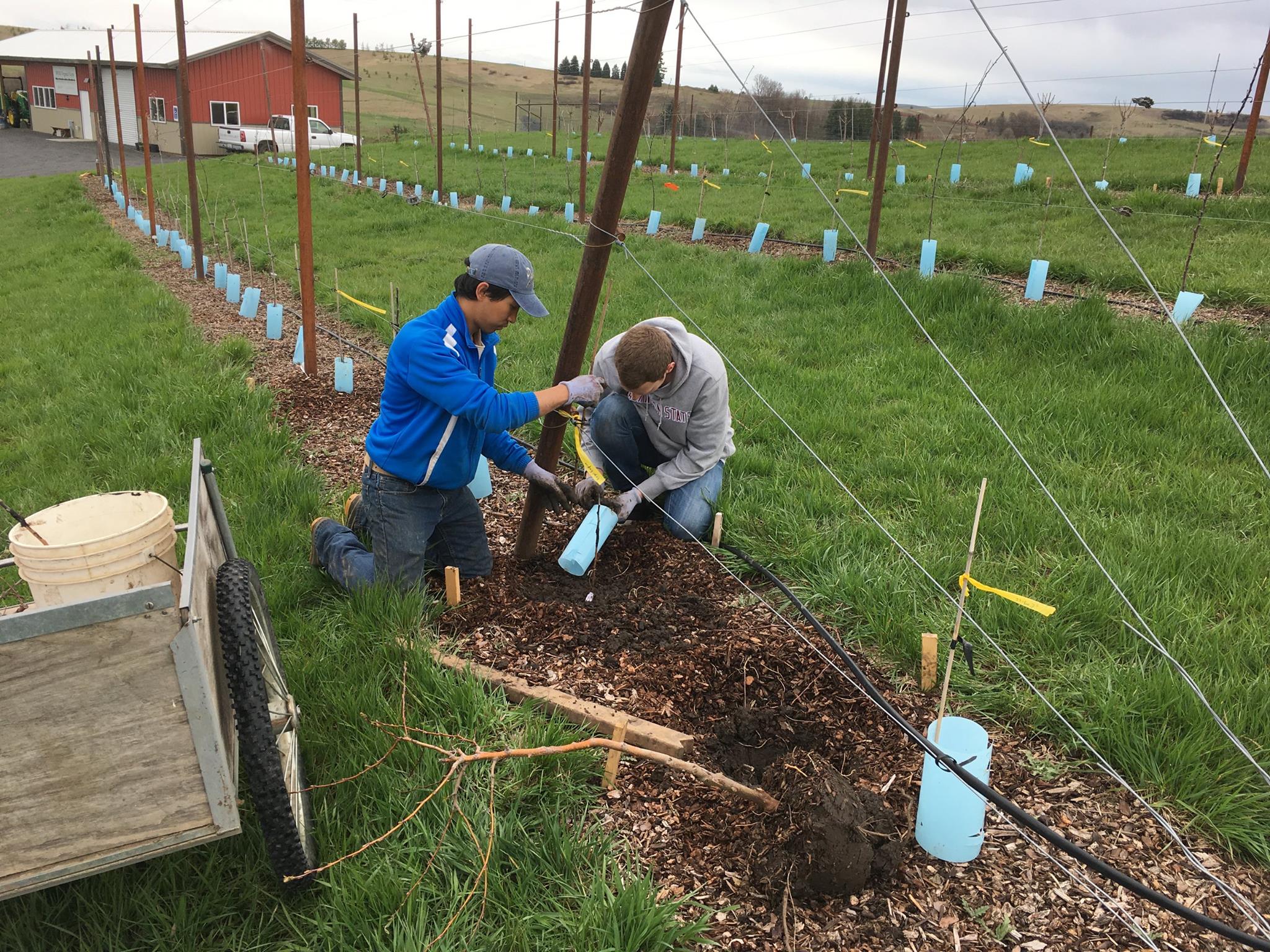 After the initial grant funding ended in 2004 and in 2005, the farm began an 85-member CSA (Community Supported Agriculture) to generate funds for farm expenses. A harvest shed was built that year and more perennial crops were planted. Following the success of the 2005 season, the CSA increased to 100 members in 2006 and continued through the 2017 season.

In 2006, WSU approved the first Organic and Sustainable Agriculture major in the nation, a four-year degree program. The program provides students with hands-on experiences in the classroom, on the certified organic farm, and through internships at industry or government sites.

The farm’s field course, Soil Sci 480 – Practicum in Organic Agriculture, became a requirement for the new major. The Practicum is offered spring, summer, and fall terms and requires students to log 90 hours on the farm, working alongside staff and other students. Additionally, Jaeckel also teaches two required classes for the major, Advanced Organic Farming and Gardening (Soil Sci 478) and Organic Farm and Garden Field Management (Soil Sci 479). These courses cover the details of organic certification, farm planning, and farm management with current and upcoming organic techniques. 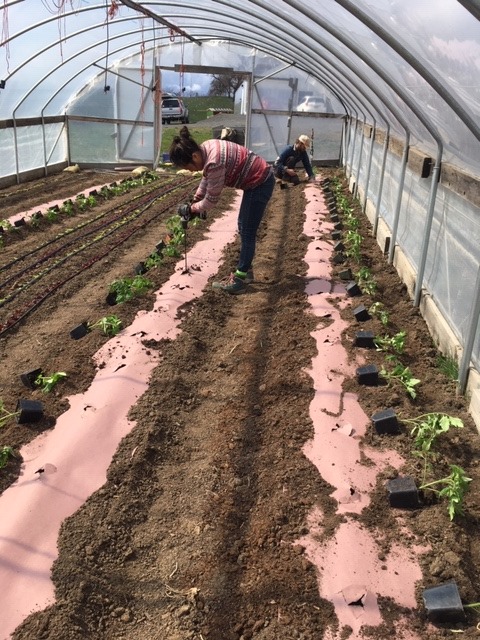 In addition to the 4-year Organic and Sustainable Agriculture Major, an 18-credit Certificate in Organic Agriculture is also available for students online and at the Pullman campus. This is a great option for extension professionals and others wanting to get a better understanding of organic certification and practices.

The original WSU Organic Farm was operated on 4 acres. As interest in the farm’s success grew, the search began for a new location that could provide more acreage, closer proximity to the core campus, and space for permanent infrastructure. In 2010, a new 30-acre on-campus site was secured for the organic farm.

Students alongside faculty and staff began to design and develop the new 30-acre farm, which became known as the Eggert Family Organic Farm. The vision for the new farm was dramatically shaped by a generous gift from Chuck and Luanna Eggert, both WSU alumni and owners of Pacific Natural Foods. The new site was dedicated in the fall of 2012 and farm operations began in earnest in 2013 after continuing at the 4-acre site during the years leading to the transition.

The new Eggert Family Organic Farm includes fencing and irrigation for 10 acres, a new harvest pavilion, 4600 square feet of hoop house growing space, 2.5 acres for vegetables, and 2.5 acres for an organic orchard.  The farm’s mission continues to include teaching intensive small-scale organic techniques in fruit and vegetable production on a working farm and providing produce to the local community.

In 2018, students were successful in establishing a heated greenhouse after securing funds and support from the WSU Sustainability Green Fund, along with the established gift from the Eggerts. The greenhouse has provided on-site production of organically certified vegetable starts as well as year-round production of organic microgreens, winter hydroponic lettuce, and space for other student groups with their club projects.

Farm sales in 2018 transitioned from the CSA to more wholesale accounts, which included a local food coop, WSU dining halls, a local food hub, and food banks. Since 2005 the farm has operated a weekly farm stand and continues to offer an outlet for the local community to directly access farm produce.

During 2020, in addition to the farm stand, online sales were added for customers to pick up produce at the farm, providing a safe sales outlet during the Covid pandemic. The farm cultivates about 15 types of vegetables, focusing on easy to grow and easy to sell varieties that provide the bulk of the farm’s annual sales of $80,000. Farm staff includes one full-time assistant manager and up to 5 additional summer staff of mostly students.

Pullman sits at an elevation of 2500 feet on rolling hills in the productive grain-producing Palouse region at the southeastern edge of Washington State. The Palouse soils are deep silt loams deposited from southwest winds that still frequent the area with regular gusts of 40-50 miles per hour. The hills, wind, and prolonged dry periods during the summer months provide for challenging growing conditions. 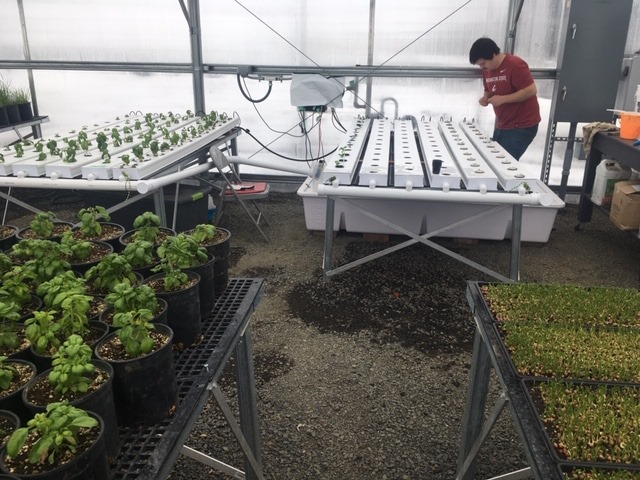 Supplemental irrigation, in the form of drip or micro sprinklers, is required in May through September while most of the annual 21 inches of precipitation arrives in the fall through spring.  The farm’s fertility management includes a combination of fall applied certified organic compost (produced by the on-campus WSU Compost Facility), winter cover crops, and small amounts of in-season applied organic fertilizers.

One and a half acres of vegetables are rotated on the available 2.5 acres, with about 1 acre utilized by faculty and grad students for different research projects. These often include variety trials, such as a recent buckwheat study by the WSU Sustainable Seed Systems Lab to test European grown varieties of buckwheat in our region. Entomologists also set up test experiments on-farm before taking out to other higher production areas.

To help temper the wind, multiple windbreaks have been established around the southwest sides of the 10-acre core area. The maturing trees provide protection to the orchard and vegetable crops, while also offering habitat to native birds and insects. Along with the windbreaks, a large area of native trees and shrubs have been planted into biodynamic swales on steeper slopes.  These perennials also provide much needed habitat and early flower growth for native pollinators and beneficial insects.

To supplement these perennials areas, annual flowers such as phacelia and sunflowers are interplanted throughout the cropping areas to provide food for pollinators during the main growing season. In combating a large rodent population, hawk roosts, kestrel boxes, and owl boxes are spaced around the farm to support native raptors. These biocontrols are an integral part of the farm’s design and help mitigate many of the farm’s pest and weather challenges.

The farm continues to train students in farming operations and remains the mainstay of the Organic and Sustainable Agriculture major at Washington State University. Both the farm and the major prepare students for multiple employment opportunities in private industry, government and public service agencies, small- and large-scale farming, and the non-profit sector. 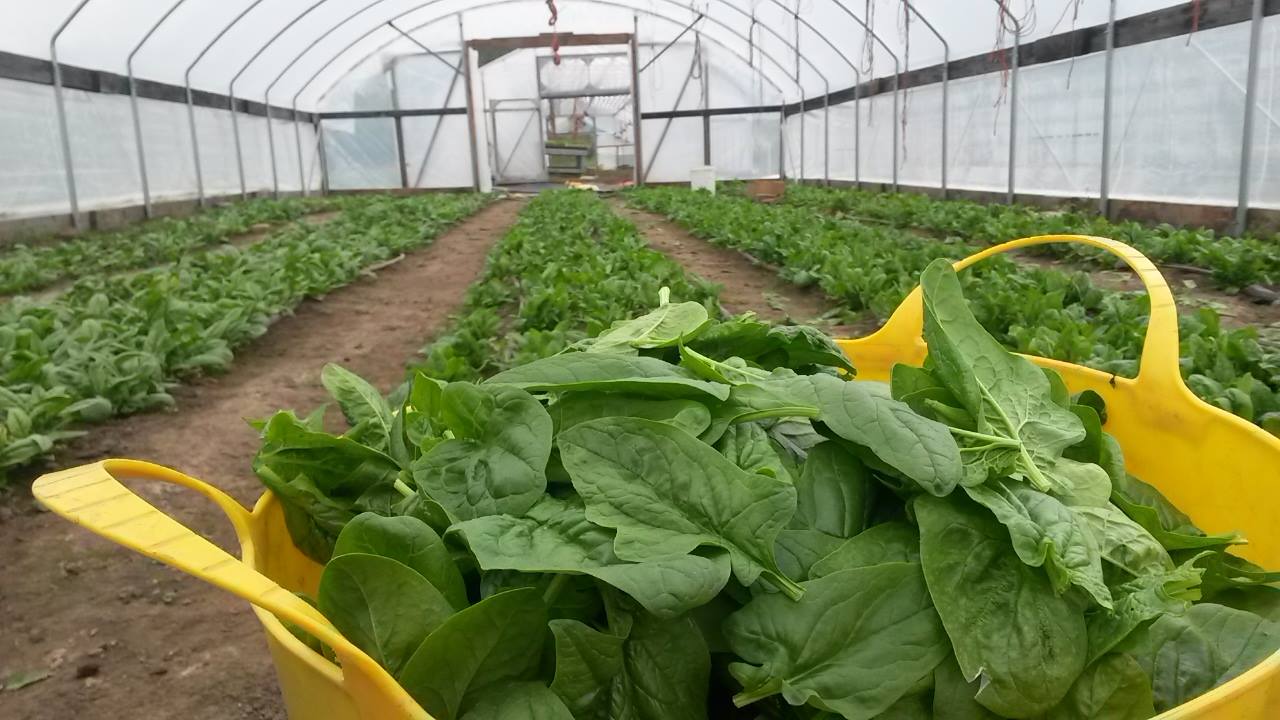