I lead the winter wheat breeding and genetics program at Washington State University. My research is directed toward breeding improved wheat varieties for cropping systems in Washington state that incorporate diverse rotations and environments. Our goal is to release high-yielding, disease resistant varieties with good end-use quality  that will maintain profitability and reduce the risk to growers. New varieties are developed using a combination of traditional plant breeding methods, molecular marker technology, and biotechnology. Research efforts include identifying genetic solutions to winter wheat production problems, thereby enhancing the sustainability of the Washington wheat industry. Farmer participation is utilized in the development of new varieties and in research planning. Current research topics involve developing water-use efficient wheat, adaptation of sensor based technology into wheat breeding programs, genetic understanding of end-use quality in wheat, and identification of new genes for stripe rust resistance.

Arron Carter and his breeding program provide the first line of defense in the high-stakes battle against stripe rust—the number one threat to wheat.

The fungal pathogen that causes stripe rust is ubiquitous in wheat-growing regions. Its airborne spores can ride the wind for miles upon miles. When conditions are right, it grows quickly, sucking water and nutrients out of the leaves and crippling a plant’s ability to produce healthy seeds.

Molecular technology has been rapidly changing in the past 20 years, making my job as Washington State University’s winter wheat breeder more complicated and more streamlined simultaneously.

There are many different aspects of “molecular technology.” Manipulating genetic material and cellular process is part of it, but so are innovations in computational and manufacturing technology.

Helping feed a growing world more sustainably, a team of researchers at Washington State University is putting satellites and drones to work in the hunt for better wheat varieties.

Funded by a $500,000 grant from the U.S. Department of Agriculture’s National Institute of Food and Agriculture, WSU scientists launched a new project this spring, developing techniques that let satellites and flying drones identify and study wheat varieties from overhead.

Their effort could speed up research into better, more productive wheat varieties, and could give growers powerful new tools to improve farming.

Secrets to Success from the Next Generation

Known as the father of the Green Revolution, Norman Borlaug saved millions of lives throughout the world by developing high-yielding wheat varieties during the mid-20th century. He was also known for training large numbers of young people, whom he referred to as “hunger fighters,” to follow in his footsteps.

Nine years after his death, we sat down with a few of these modern hunger-fighters during the recent 2018 National Association of Plant Breeders (NAPB) meeting in Guelph, Ontario. These eight individuals comprise this year’s Borlaug Scholars, young people who represent the next generation of plant breeding leaders. 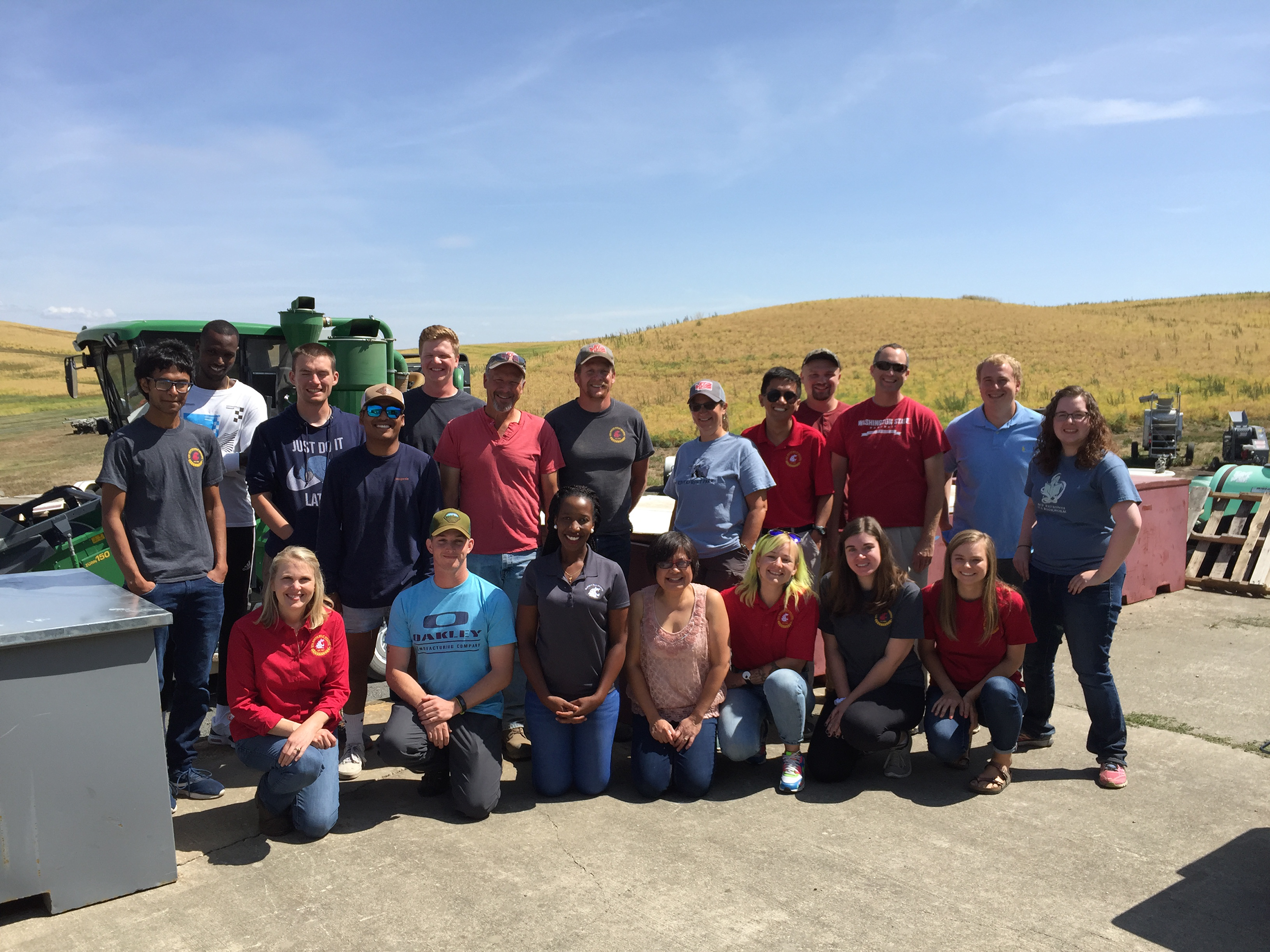 Washington Grain Commission Podcast “Wheat All About It!”